Are Mushrooms Decomposers? Yes, and We Need Them!

Mushrooms are fascinating organisms that play an important role in the environment. Some people may wonder if mushrooms are decomposers. The answer is yes! Mushrooms help break down dead plants and animals, which helps to recycle nutrients back into the soil.

In this blog post, we will discuss the role of mushrooms in the decomposer process and what this fantastic fungus does to keep our planet healthy!

Yes, mushrooms are the primary decomposers of the forest and important to the food chain. A decomposer is an organism that breakdown decaying organic matter, recycling nutrients back into the soil.

This process returns vital nutrients back to the earth while also breaking down complex compounds that otherwise would take much longer to decompose.

Mushrooms play a key role in the decomposer process, as they are able to break down dead plants and animals quickly. This is due to the fact that mushrooms release enzymes that help break down organic matter. In addition, mushrooms also have a high surface area to volume ratio, which allows them to absorb more nutrients from decaying matter.

The role of mushrooms in the decomposer process is essential for keeping our planet healthy. Without mushrooms, dead plants and animals would take much longer to break down, leading to a build-up of organic matter. This would eventually lead to problems with soil fertility and plant growth

Here are the main steps of how mushrooms decomposers work:

Mushrooms secrete enzymes that break down lignin and cellulose, two of the main components of wood.

As the enzymes in the fungi secrete digestive enzymes and break down these complex carbohydrates, the mushroom mycelium (the underground part of the fungus) is able to grow and spread through the wood.

The mycelium eventually absorbs all the nutrients from the wood, leaving behind a white, spongy mass.

The enzymes secreted by the fungi break down the complex proteins and fats in these materials, and the mycelium is able to absorb the nutrients.

Are All Fungi Consumers?

A consumer is an organism that gets its energy by eating other organisms.

Some fungi, such as the yeast used to make bread and beer, are parasites.

Parasites live on or inside another organism (the host) and get their food from the host. There are parasitic plants, parasitic microbes, and parasitic fungi.

A producer organism is one that can make its own food, so it needs to feed on the organic materials of other organisms.

For example, the fungi get a place to live and the food (sugars) produced by the algae or plant.

In return, the fungi help protect the algae or plant from being eaten by other organisms and help it get water and minerals from the soil.

Mycorrhizal fungi help the plant roots absorb water and minerals from the soil, and in return, the plant produces sugars that the fungi can eat.

The vast majority of plants need mycorrhizal fungi to survive, and these fungi are found in almost all ecosystems on Earth.

What Do Decomposers Do for Us?

Decomposers are important for many reasons. Here are some of the most important things that they do:

Decomposers, such as bacteria and fungi, release carbon dioxide gas as they break down dead organisms.

Plants need carbon dioxide gas to photosynthesize, so decomposers help keep the air around us clean and breathable!

They Help Us Make Soil

As decomposers break down dead organisms, they also break down the complex molecules in the bodies of these organisms into simpler molecules.

These simpler molecules are then used by plants to make soil. Soil is important because it helps anchor plants in the ground and provides them with essential nutrients.

Without decomposers, we would have no soil.

They Help Us Get Rid of Waste

Decomposers are also important for getting rid of waste. There are plenty of materials such as plastic and oil that don’t decompose nearly as quickly as organic materials.

For example, it takes one plastic bottle over 400 years to decompose, and an oil spill can pollute an entire ecosystem for decades.

Luckily, there are certain fungi that can help break down these materials so they’re not a danger to the environment.

Overall, decomposers play a vital role in keeping ecosystems healthy and functioning properly. They help recycle nutrients back into the soil, keep the air clean, and help get rid of waste.

They also help aerate the soil as they burrow through it, which helps roots get the oxygen they need to grow.

Another benefit of earthworms is that they help reduce compaction in the soil, which can improve drainage and prevent flooding.

Is Bacteria a Decomposer?

Bacteria are small, single-celled organisms that live in almost every environment on Earth. They are some of the oldest and most diverse organisms on the planet. This means that they have created most of the bioavailable nutrients that have been building blocks for every other form of life on Earth.

Bacteria break down dead organic matter by releasing enzymes that break down complex molecules into simpler ones.

Can I Add Mushrooms to My Compost Pile?

Not only are mushrooms compostable, but they contribute to the biome of your compost by speeding up the decomposition process. You can add them to your compost pile whole, or chop them up into smaller pieces.

Mushrooms are a great source of nitrogen, which is an important nutrient for plants. They also help aerate the compost and improve drainage.

You can also make mushroom tea for your plants by soaking mushrooms in water for a few days. This tea is rich in nutrients that can be used to fertilize plants.

Overall, mushrooms are great for composting and can help improve the health of your plants.

Which Mushrooms Should I Grow?

If you’re ready to cultivate some mushrooms decomposers at home, there are plenty of varieties you can use. You can enjoy their culinary or medicinal benefits while they remediate and contribute to your backyard or patio’s soil.

Here are some popular varieties to get started with:

Which mushroom is the easiest to grow? Many say it’s oyster mushroom. They’re fast-growing and can be used on many different substrates, including coffee grounds, straw, and wood chips.

These mushrooms are also one of the most versatile culinary mushrooms if you want to grow your own food. They can be used in soups, stir-fries, sauces, and more. They have a mild flavor that lends to many different dishes.

Shiitake mushrooms have a rich flavor that’s perfect for savory dishes. Growing this type of mushroom is a bit more challenging than an oyster mushroom, but they’re still relatively easy to cultivate.

Shiitake mushrooms can be grown on logs or stumps. You’ll need to soak the logs in water for a few days before you add the mushroom spores. Once the spores have been added, you’ll need to keep the log moist and in a shady area.

Enoki mushrooms are long and thin, with a delicate flavor. They’re often used in soups and salads. These mushrooms are grown on wood chips or sawdust.

To grow enoki mushrooms, you’ll need to soak the wood chips in water for a few days. Once they’ve been soaked, you can add the mushroom spores. You’ll need to keep the organic material moist and in a shady area.

Reishi mushrooms are a type of medicinal mushroom. They’re used to boost immunity and fight inflammation. They’re also known to be one of the more advanced mushrooms to grow.

Are mushrooms decomposers? Absolutely! They are ancient fruiting bodies that turn organic material into their own food.

The usable nutrients that the fungi leave behind are then available for other organisms to use, which is why they play such an important role in the ecosystem.

When we think of dead or decaying organisms’ organic matter, it can seem a bit frightening. But it’s actually a quite beautiful process that turns animal matter into the fuel for life.

So whether you have a mushroom compost bin or are looking to add some mushrooms to your backyard to grow your own food, remember that these little fungi are doing big things for the environment.

Do you have any experience with growing mushrooms? Let us know in the comments below! 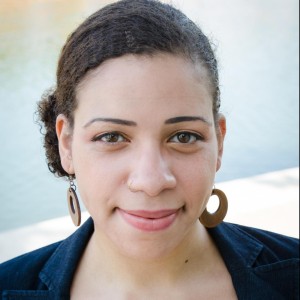 PrevPreviousThe Best Electric Bike Under $1000 That Will Actually Last You For Years
NextCheap Dining Table Sets Under $200: How to Find the Perfect One on a BudgetNext

As an Amazon Associate I earn from qualifying purchases.